Posted on December 27, 2017 by defrostingwindows

One of Crete’s own prophets has said it: “Cretans are always liars, evil brutes, lazy gluttons.” 13 This saying is true. Therefore rebuke them sharply, so that they will be sound in the faith.–Titus 1:12-13

The Canon of Scripture states that Cretans are ALWAYS liars…and then it confirms it by saying, “This saying is true”. This appears to be a double whammy against the Cretans. They look hopeless in the light of unchanging scripture.

Are Cretans still nothing more than Liars? According to most recent surveys, Crete is now a Christian-influenced culture. One poll said that the island is 95% Christian and that Church plays a major role in their lives. Easter is an even bigger celebration there, than it is here in the United States. 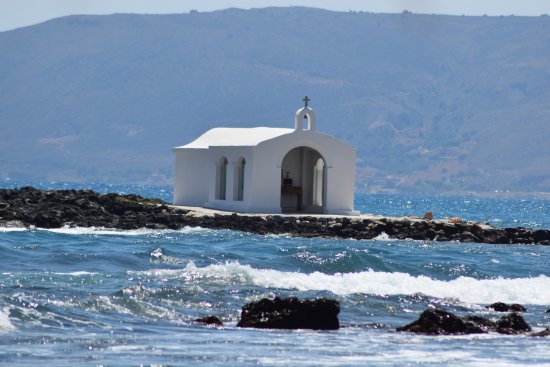 Obviously things have changed in Crete since the days of Titus. So how do we reconcile this change with unchanging Scripture?

When the Scripture said, “this saying is true”, it didn’t stop there as a final judgment. It went on to tell how the Cretans could change. It says, “Therefore rebuke them sharply, so that they will be sound in the faith”. They were not doomed by Scripture to continue perpetually as being Liars. The rest of the Scripture passage gives them hope.

Do you see that? They had an opportunity to be “sound in the faith”. Being “sound in the faith” is a big turnaround from always being liars. Part of the reason why I felt compelled to write on this subject is because many of the other documents addressing this passage stop at the phrase “this saying is true” as the final word on the matter. Now we can see that they were offered a way to change. In light of this information, we must conclude that the word “always” which was used in the verse, was simply a generalization. If “always” was NOT a generalization, then the Cretan prophet who stated it would be a liar also, and it wouldn’t make any sense.

If you are being “rebuked sharply” like the Cretans were, then take heart. It can mean that there is still a chance that you can be changed. I am reminded of what Hebrews says about being rebuked/corrected. “No discipline seems pleasant at the time, but painful. Later on, however, it produces a harvest of righteousness and peace for those who have been trained by it”–Hebrews 12:11.